When state lawmakers approved the original 2010 gaming compact with the Seminole Tribe, they promised Florida residents it would serve as a firewall against the further expansion of gambling. The proposed renewal of the compact is a complete violation of that trust.

Compare the maximum number of slot machines allowed at a tribal facility, the average number allowed per facility and the number at some of the largest and best known casinos in the world: 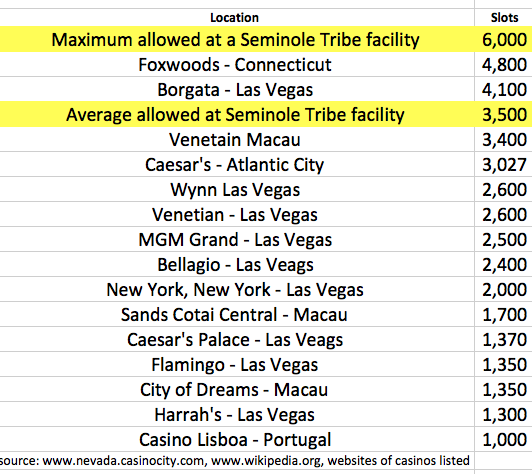 “Allowing the Tribe to have the most slot machines in the world is not a ‘cap’, it is a giveaway that makes the tribe the ‘slots king of the world’,” said John Sowinski, President of No Casinos.