Another one rides the bus… for Las Vegas Sands – No Casinos

ANOTHER Atlantic City Casino in Bankruptcy

You may have seen the extent to which the Las Vegas Sands will go (and the depth to which they will stoop) to try to make it seem that ordinary Floridians actually support their idea of building the biggest casinos in the world right here in Florida.

In case you missed the piece in Saintpetersblog.com, we’ve attached a link below.  And since it is Friday, we’ll lighten things up a bit and in the spirit of Casey Kasem’s long distance dedications, No Casinos in Florida would like to dedicate to Las Vas Sands in Las Vegas, Weird Al Yankovic’s parody hit “Another One Rides the Bus.” 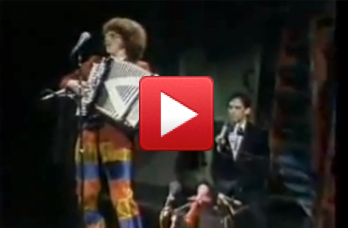 (Wednesday), the Florida’s Senate Gaming Committee held its second public workshop recently to hear local perspectives about the future of gambling in the state as well as the potential social and economic impact expanded gaming would have on South Florida.

Early last year, state lawmakers shot down a bill to allow major casinos in South Florida. But now they’re reconsidering that decision, and possibly changing other state laws on gambling — and that has plenty of people concerned.

What was noteworthy during Wednesday hearing was how many little old biddies spoke before the Committee to express their outrage at big, bad Disney’s attempts to stop gambling expansion in Florida, while The Mouse was receiving a profit stream from the licensing of the Marvel properties it acquired to gambling interests.. Never before have I seen so many of Florida’s senior citizens be so interested in one specific article in the New York Times.

It was almost as if the old biddies had … wait for it … talking points prepared for them. No wwwaaayyy. That would never happen.

“My girlfriends and I go all the time and we have a wonderful time,” Helen DeMarco of Tampa told the committee members. “I don’t view it as gambling. The bottom line is that it’s good, wholesome fun.”